Why and How to Market Your Firm’s Brand Integrity 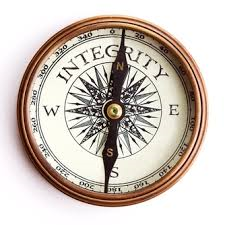 As the limitations of a virtual marketplace continue to reduce most B2B firms to commodities, it’s become increasingly important to communicate not just what your company does, but to generate interest in what your enterprise stands for. This task of expressing your firm’s raison d’être involves far more than sticking a “Mission Statement” on its website.

Prospective clients not only want to know what makes your firm unique; before they put you on their short list for consideration, they also want assurance that your company is a “safe choice.” Decision-makers at every level are unwilling to risk their career on selection of an outside firm that may fail to meet expectations, or even harm their firm.

Regardless of whether your firm is the leader or an upstart in its marketplace, brand integrity matters. And it’s a corporate asset that needs to be marketed.

So how does a B2B firm market its brand integrity through online and offline channels? Here are 10 tangible and intangible factors that, on an individual and combined basis, can drive marketplace opinion on brand integrity:

Marketing tactics aside, companies looking for a guiding principle on brand integrity are well-served by heeding the advice of the late John Wooden, basketball coaching legend, who said, “Be more concerned with your character than with your reputation. Your character is what you really are, while your reputation is merely what others think you are.”

Why Public Relations Does Not Sit at the Senior Management Table

In his keynote address two years ago at the Institute for Public Relations (IPR) 50th Annual Distinguished Lecture and Awards Dinner, Richard Edelman – President & CEO of the world’s largest independent public relations firm – echoed the PR profession’s long-standing goal: “…to elevate public relations as a management discipline that sits as a full partner aside finance, operations, legal, marketing and strategic leaders in the C-Suite.”

If the Edward Bernays era is considered the profession’s starting point, then public relations has had nearly a century to earn its seat at senior management’s table. But there are two major reasons – involving credentials and values – why PR still does not, and may never, sit there.

This credentials dilemma for PR also involves the fact that other professions such as information technology, with far less than a century of corporate membership and a similar lack of credentials, have earned a prominent place at the management table.

This values dilemma for PR involves the fact that many senior corporate managers who have a longstanding and secure seat at the management table and who drive most decision-making would prefer not to make their decisions with Jiminy Cricket in the same room.

Not giving PR a voice in corporate decision-making, and instead relegating its role to spinning a decided course of action or to cleaning up a related messy aftermath, appears to be the preferred approach for senior management at most corporations. At the upper end of the corporate food chain, executives whose function is listed as either Public Relations or Corporate Communications are rarely included in the Schedule 14A proxy filings as a “Named Executive Officer” by FORTUNE 500 companies. Corporate America’s NEO list clearly defines what’s meant by the “senior management table,” and the PR profession is absent by design, not oversight.

PR’s Plan to Earn a Seat at the Table

Perhaps for the first time – reflected in Richard Edelman’s stated plan to harness PR’s collective brain trust to address this issue, and the current push for inclusion of public relations in MBA school curricula – the profession appears ready to take meaningful steps to gain the corporate legitimacy it has long coveted. But these efforts will take many years to yield change, and talented PR practitioners and potential industry newcomers may consider other career paths rather than wait, thereby compounding the problem.

Regardless of size or industry, companies change direction either when they believe change will provide economic benefit, to avoid defined risks, or when they are forced to change by regulation or competitive influence. The delta between the PR function and revenue generation eliminates that rationale from consideration as a means to argue inclusion of public relations at the management table. However, both risk and regulation are strong cards PR is entitled to play in its effort to gain a seat there.

For example, to quantify the tangible value of PR, it could be beneficial for the profession to conduct research that compares the long-term stock price volatility (or beta) of public companies that include PR in its senior level decision-making process against those companies that do not. If a stock’s beta reflects market uncertainty, then a company’s track record of consistently avoiding “PR problems” as well as its ability to address those issues quickly and effectively – as a result of having a PR professional involved in operational decisions – should have a measurable effect on its stock market valuation, cost of capital and brand reputation.

Armed with objective evidence that supports the inclusion of PR as a best practice of corporate governance, the profession will have a solid platform that resonates with CXOs. Corporate America’s boards of directors may then be far more likely to require that management include PR in all strategic decisions, and issuers of Directors & Officers liability insurance might begin to factor a company’s PR discipline into pricing of its policy premiums.

To earn a seat at the management table, PR must argue its case with hard, relevant facts that will either incent or coerce companies to change. Otherwise, the keynote speaker at IPR’s 100th Distinguished Lecture and Awards Dinner in 2061 will be echoing Richard Edelman’s aspirations for the profession.